Mizoram Government officially Launched National Food Security Act, 2013 and will come in effect from March 1, 2016.The Act was launched by Food and Civil Supplies and Consumer Affairs Minister John Rotluangliana at Aizwal in Mizoram. 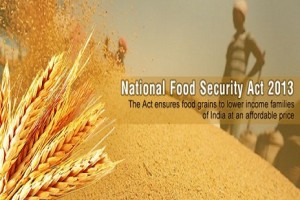