Udaipur in Rajasthan has featured in the ‘The World’s Top 15 Cities’ list compiled by famous magazine ‘Travel + Leisure’ (T+L). The list has been topped by a Mexican City, San Miguel de Allende.

Every year for the ‘World’s Best Awards’ survey, T+L asks readers to give feedback on their travel experiences around the globe. In this survey, readers share their opinions on the top cities, islands, cruise ships, spas, airlines, and more. 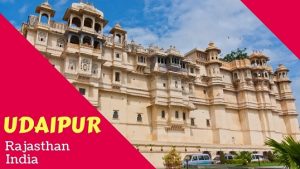