Hi friends! Our reader Zahid shared interview experience that he had during LIC AAO Interview. You can learn from his experience and find a way for yourself as well in the upcoming days. 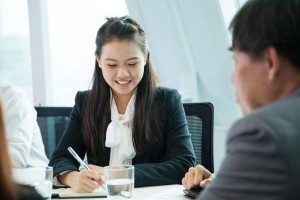 I was the second last candidate to be interviewed so my interview started at around 6 pm..There are 3 members in the panel and they are in their late 50’s.
I asked permission to enter and entered.

M1: So you are Zahid, you must be tired waiting for so long?
Me: No sir, not at all, infact I enjoyed the company of some learned people outside.

M1: Ok good. So your father is a doctor, what kind of a doctor he is?
Me: Told

M2: Ok zahid, tell something about drug smuggling?
Me: I told them in detail including points like cultivation of poppy in Afganistan and how opium is smuggled to middle East and its connection with funding of various terrorist groups like isis and taliban. told them about mexican drug mafia and all. I fumbled a bit in between and asked them permission to speak in hindi but M1 said that you are speaking good english so there in no need to lose confidence and continue in english only.

M2: You just said that isis uses drugs for exchange of arms…do they people give these drugs to their own merceneries?
Me: yes sir, as these drugs are highly addictive so they can also be used to make them fight for isis.

M3: As far as I know, these drugs and alcohol are prohibited in Islam, and isis claims to be the face of islam then how can they give drugs to their own fighters? justify yourself.
Me: Sir, isis people are just pretending to be the face of islam, they are just portraying themselves as the flagbearer of islam, in reality they are very far away from islam. They are doing no good to islam they are only using the name of islam just to gain popularity. In reality they are only harming its reputation. He seemed convinced.

M2: drinking alcohol is injurious to health. Do you agree?
Me: yes sir , I do.

M2: Then why it is given to army people?
Me: Sir, if alcohol is taken in small quantity then it can be beneficial to health. Consuming alcohol in small quantities can increase metabolic rate which increases energy levels.

M2: what do you mean by small quantities. Tell me the exact quantity. You must be knowing it you are a pharma graduate. You people are authorized to run a medical store.
Me: sir I do not know the exact quantity of alcohol which should be taken to remain healthy. But the soldiers who are fighting at higher altitudes like leh and laddakh and siachin glacier drink alcohol to remain warm.

M1: You are a pass out of 2015. what were you doing since then?
Me: I told them that I was preparing about various banking and insurance exams. I have even cleared some of them. They asked about them and I told them about clerk, waiting in sidbi, told them I have left syndicate pgdbf interview for lic because I have both the interviews on the same date.

M2: what will you join if your waiting gets cleared and why.
Me: told

M1: Tell us that how your pharma degree will be beneficial for lic.
Me: told. They were convinced
M2 asked some questions about sidbi and why it was in news some days ago.

M1: You want to ask anything?
Me: no sir

M1: You can go now, good luck.
I came out thanking them.

THANK YOU Zahid for sharing your Interview Experience with us.