On April 28, 2020 The World Health Organisation(WHO) map shows the Aksai Chin region as a part of China with a dotted line and colour code & also marks Pakistan-occupied Kashmir (PoK) with dotted lines, suggesting it as a disputed territory. Jammu and Kashmir(J&K) and the rest of India are marked in different colour codes. 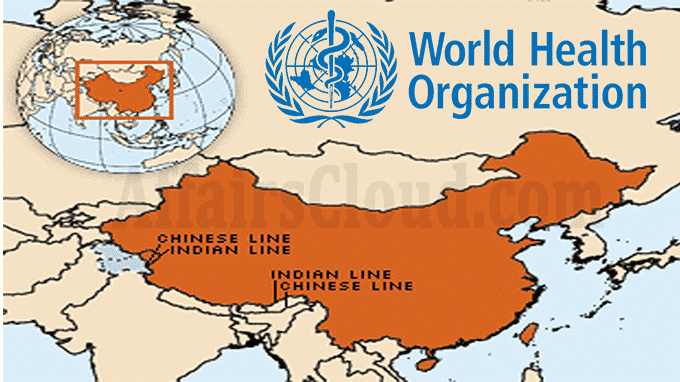 i.Many United Nations (UN) maps have shown parts of Kashmir as ‘disputed’ territory in the past, but this is the 1st time that Ladakh and J&K are shown in different colour codes than the rest of India.

ii.Pakistan gave China a portion of the PoK in the 1960s. China occupies around 37,000 square kilometer (sq km) in Ladakh, bordering its Xinjiang province.

iii.Recently, this month China included parts of Arunachal Pradesh (which  it calls a part of South Tibet) within its international boundaries, according to an updated version of the Sky Map, which is China’s authority on digital maps.

iv.Till now the map of China is based on the 1989 edition of the Sky Map of its national borders, though Beijing has resolved its border issues with Russia and Central Asian countries.

v.But, according to a Deutsche Welle (DW), a German media report in Chinese language, some users noticed that Sky Map has now updated the geographic information at the “county”(division/district) level.

vi.The county boundaries of some counties clearly exceed the red colour-marked 1989 edition of the national border, particularly in the Tibet area which borders Bhutan and India.