On April 26, 2020 According to the latest data from the United States (US) Treasury Department (dep) the India’s holding of US government (govt) securities has gone up by over USD 13 billion (bn) in a month to a record high of USD 177.5 bn at the end of February, since November 2019, the country has slowly climbed to USD  159.2 bn. 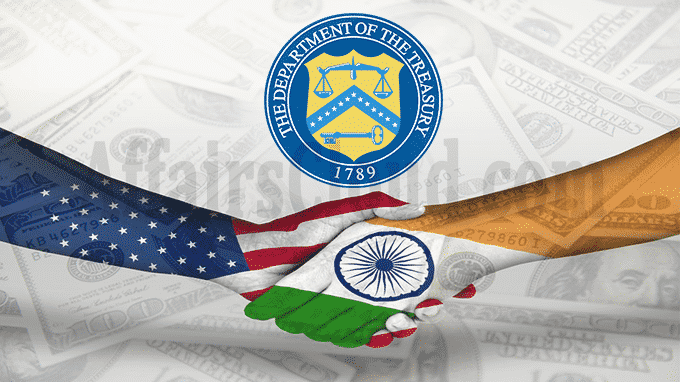 i.In the last one year since February 2019, the overall holding of India has jumped by a staggering USD 33.2 bn .

ii.India held US government bonds worth USD  164.3 bn  at the end of January, the highest level ever & in December the same stood at USD  162 bn . The Reserve Bank of India(RBI) buys these bonds.

i.With the collapse of the gold standard or the Bretton Woods principles in the late 1970s & central banks moved to the fractional reserves system, the US dollar/T-bills is preferred & the safest asset class for any central bank, despite getting one of the lowest returns.

ii.Central banks, including the RBI, follow the principle of SLR (Safety, Liquidity and Return) in order for their investment decisions.