On 19th March 2020, the Jammu and Kashmir Government set up a commission named as “J&K Socially and Educationally Backward Classes Commission” will be headed by Justice (retired) G D Sharma to examine the social and educational backwardness of various backward classes people, dalits, in the Union Territory. 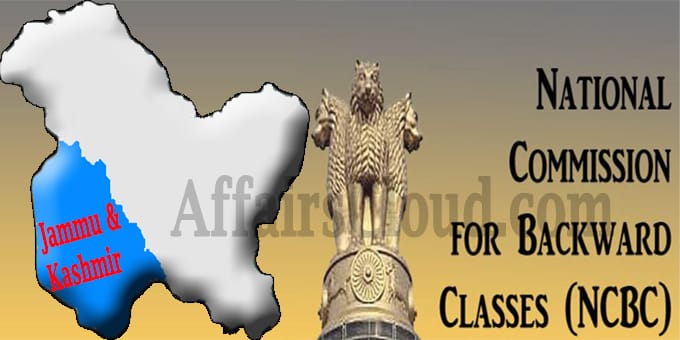 i.This Administrative council held under the chairmanship of the Lieutenant Governor Girish Chandra Murmu. The council also approved the constitution of the committee to be headed by the Administrative Secretary, Industries and Commerce Department.

ii.This merger will increase the efficiency, accountability and transparency of the corporations and also increases the resources and manpower and brings synergy in the activities of the two sectors.

iii.The newly formed Department of Handicrafts and Handloom will have two Directorates at Divisional level for Kashmir and Jammu with eight Regional Deputy Directorates, at Anantnag, Budgam, Baramulla and Bandipora in Kashmir and Kathua, Udhampur, Rajouri and Doda in Jammu division.