A Japanese historian Yoshiaki Ishizawa, who helped Cambodians preserve the Angkor temples and a Sri Lankan teacher Gethsie Shanmugam, who counselled war widows and orphans to overcome their nightmares are among the six winners of this year’s Ramon Magsaysay Awards. 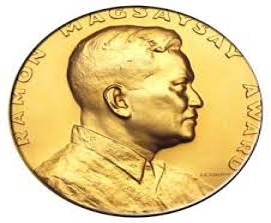