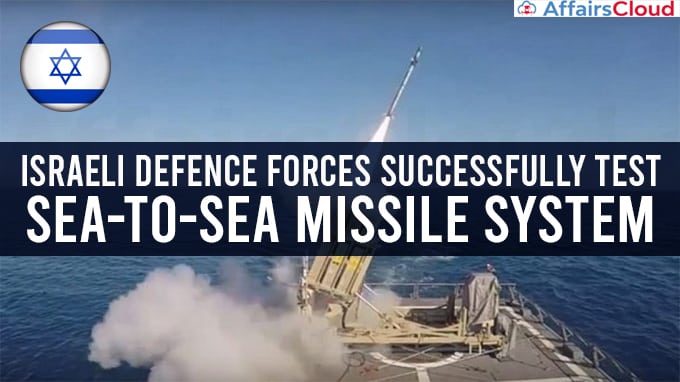 On September 25, 2020 Israel’s Navy and Defense Ministry’s Weapons Development and Technology Infrastructure Administration (MAFAT) successfully test fired a new Sea-To-Sea Missile System. The Missile is yet to be named and has been designed to ensure Israel’s continued Naval Superiority.