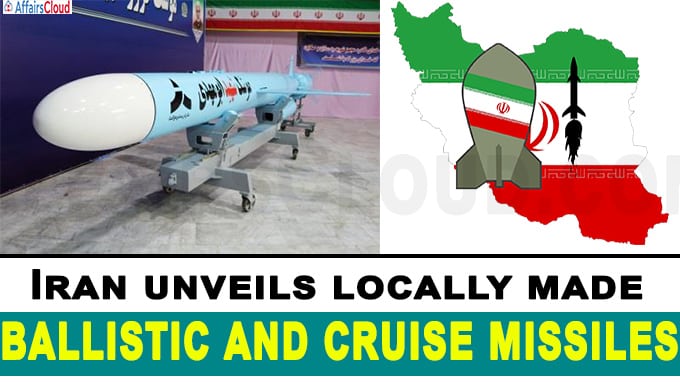 Reason Behind the names

i.The surface-to-surface ballistic missile is named after Iran’s most powerful military commander, General Qassem Soleimani, who was the head (since 1998) of the Quds Force, a unit of Iran’s Islamic Revolutionary Guard Corps (IRGC).

iii.They were killed in an American drone airstrike at Baghdad International Airport in Iraq in January 2020.

ii.The cruise missiles are capable of flying at a low altitude and getting around the enemy’s missile systems.

iii.The Iran government has increased the locally-produced cruise missiles range from 300 to 1,000 in less than two years, which is a great achievement for the Iran govt.

ii.For the 1st time India & France conducted joint patrol from the Reunion Island in February 2020 by P-8I aircraft with French Navy personnel to maintain the security of international maritime routes for trade and communications.