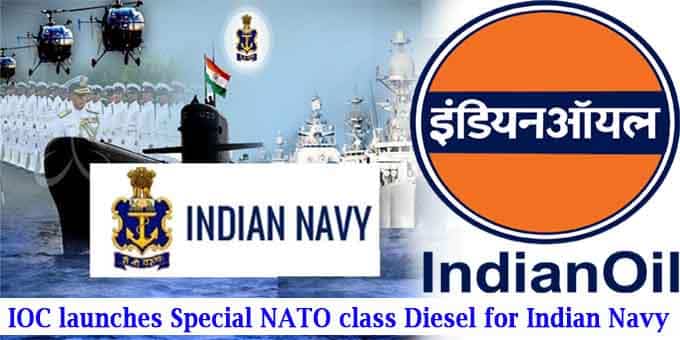 iv.The fuel has less environmental impact due to low sulphur content and would result in better performance of engines.

v.IOC refineries were the first ones to make available of 0.5 per cent Sulphur Marpol Fuel Oil that will reduce stack emissions from the ships.

vi.This fuel will facilitate the Indian Army to enhance its global footprint and will allow India to fuel the vessels of friendly foreign countries where fuel conforming NATO grade is supplied.

viii.The new fuel is expected to benefit other IOCL consumers like the Indian Coast Guard and other merchant marine in the coming years.