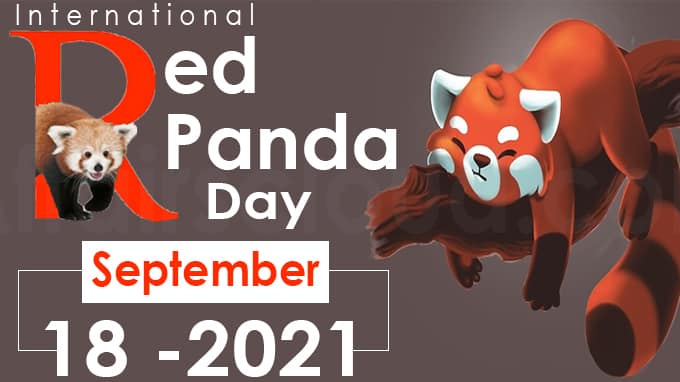 The International Red Panda Day(IRPD) is annually observed across the globe on the 3rd Saturday of September to create awareness and support the conservation of Red Pandas and their natural habitats across India, Nepal and Bhutan.

ii.Almost 50% of the red panda’s habitat is in the Eastern Himalayas.

i.Habitat loss and degradation, human interference and poaching are the threats faced by the red pandas.

ii.The loss of nesting trees and bamboo resulted in the decline in red panda populations.

iii.Red pandas are endangered and are legally protected in India, Bhutan, China, Nepal and Myanmar.

ii.According to the IUCN Red list, the status of the Red panda (Ailurus fulgens) is endangered species. The category indicated that the species has suffered a population reduction of 80% or more.