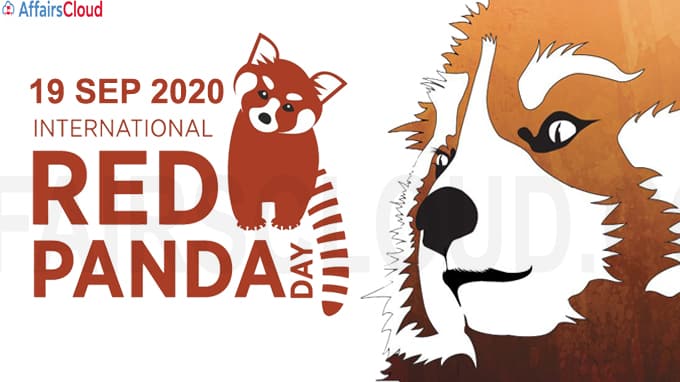 The International Red Panda Day(IRPD) is annually celebrated on the third Saturday of September which aims to create and raise awareness about the red panda among the general public and to support the conservation of red pandas.

i.The international Red Panda Day is observed to save these red pandas which are at the brink of extinction due to poaching, destruction and fragmentations of its natural habitat and inbreeding depression.

ii.The International Union for Conservation of Nature (IUNC) has classified the red pandas as endangered species.

iv.The average lifespan of these red pandas is 23 years and the female pandas stops breeding after the age of 12.

The events of the IRPD focuses on supporting the Red Panda Network(RPN) to create more Red Panda Rangers, the title awarded to children who contribute to spread awareness about the red pandas.