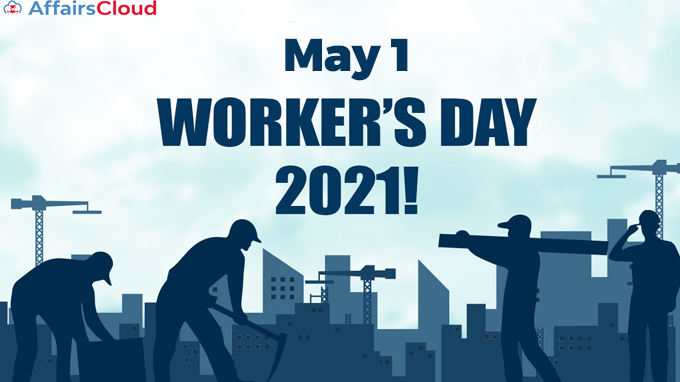 The International Labour Day is annually observed across the globe on May 1st to recognise the achievements of the workers and to create awareness about the exploitation of workers.

The day is observed in many countries like India, Cuba and China.

ii.The Marxist International Socialist Congress adopted the resolution on 14th July 1889 for an international demonstration to demand that workers should not be made to work more than 8 hours a day.

iii.This international demonstration became an annual event in 1890 and 1st May of every year is celebrated as the International Labour day.

i.May 1 was chosen to commemorate the 1886 Haymarket riot in Chicago.

ii.In 1884 the American Federation of Organised Trades and Labor Unions made a demand to adopt the 8 hour workday with effect from May 1st 1886, which resulted in the Haymarket riot in Chicago.

i.The first Labour day in India was observed in Chennai by the Labour Kisan Party of Hindustan on May 1st 1923.