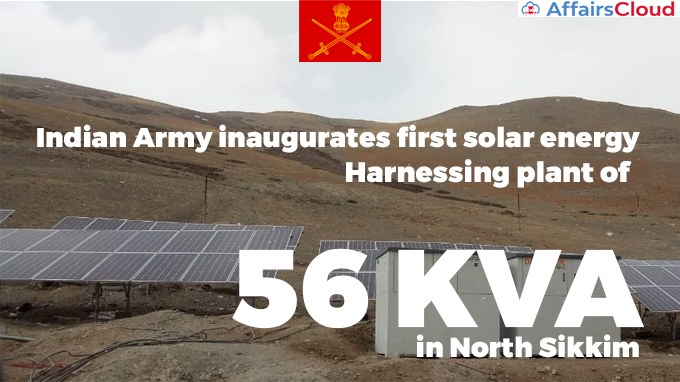 Indian Army Inaugurated its 1st Green Solar Energy Harnessing Plant of 56 KVA (KiloVolt-Ampere) in North Sikkim. The Plant uses Vanadium based battery Technology and is situated at an Altitude of 16000 Ft.

In March 2020, Indian Army decided to electrify the areas of its Siachen, the world’s highest battlefield with Clean Solar Energy and reduce carbon footprint.