To raise awareness about the female genital mutilation (FGM) and to promote its eradication, every year February 6 is celebrated as the International Day of Zero Tolerance to Female Genital Mutilation. 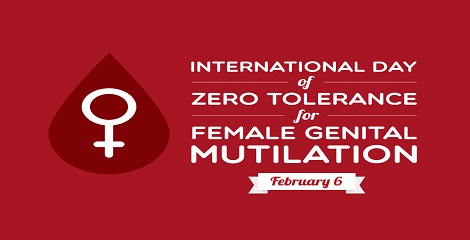 What is FGM?
Female genital mutilation (FGM) aka female genital cutting or female circumcision comprises all procedures that involve altering or injuring the female genitalia for cultural or non-medical reasons.

It is internationally acknowledged as a violation of the human rights of girls and women.

Out of 200 million FGM victims, there are 44 million girls of the age of 14 years or younger. The majority of girls have undergone FGM before their fifth birthday.