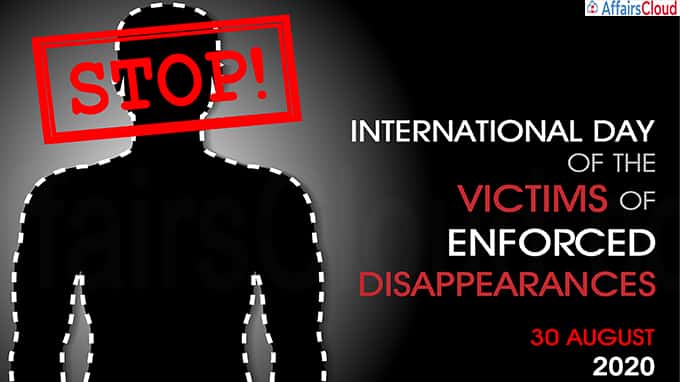 What is Enforced Disappearance?

The Enforced disappearance is defined by three elements, they are

When does an Enforced Disappearance occur?

The UNGA’s resolution 47/133 of 18th December 2020 proclaims the at enforced disappearance occurs when a person is arrested, detained or abducted against their will by officials of government or organised groups or individuals acting with the direct or indirect support or acquiescence of government and keeping the person outside the protection of law

Some of the Human rights violations against the victims and their families:

Steps taken to protect human rights of the victims:

The Rome Statute of the International Criminal court and the International Convention of the Protection of All persons from Enforced Disappearance adopted the UNGA resolution 20th December 2006, states that, forced disappearance qualifies as a crime against humanity, when committed as a part of the systematic attract against any civilian population and it is not subject to a statute of limitations and gave the families of the victims the right to demand truth about the disappearance.

i.The enforced disappearance is a global problem which is used as a strategy to spread terror within the society by creating insecurity among victims’ families, communities and society.

ii.A large number of people have disappeared in around 85 countries during the period of repression.

As a part of 2020 International Day of the Victims of Enforced Disappearances, and in the context of PROMIS project, Office of the United Nations High Commissioner for Human Rights West Africa Regional Office (OHCHR WARO) and United Nations Office on Drugs and Crime Regional Office for West and Central Africa (UNODC ROSEN) in collaboration with African Network against Extrajudicial Killings and Enforced Disappearances (ANEKED) launched an 8 days social media campaign from 23-30 August to raise awareness on enforced disappearances in the context of migration in West Africa.

Features of the campaign:

i.A documentary “I Cannot Bury My Father” by Nana-Jo from ANEKED.

iii.visual artworks in French, English and Wolof were released over social media.