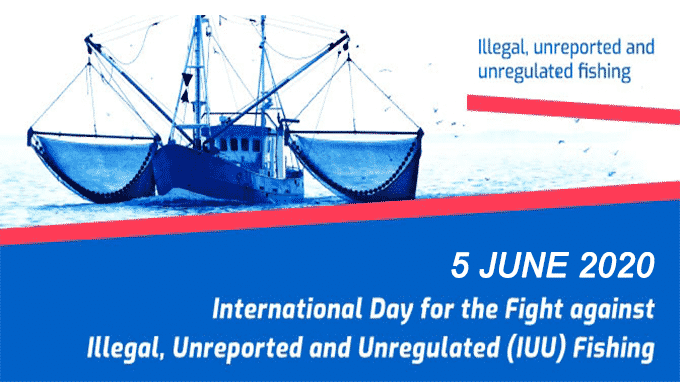 i.In July 2017, The proposal for the day was submitted to the 40th Session of the FAO conference.

ii.In December 2017, the United Nations General Assembly declared the 5th of June as the “International Day for the Fight against Illegal, Unreported and Unregulated fishing” in its annual resolution on sustainable fisheries.

iii.UN had declared the year 2022 as the International Year of Artisanal Fisheries and Aquaculture – to focus on small-scale fishermen and women who comprise 90 percent of the world’s fisheries work force.

i.All over the world, fisheries became an important source of food, employment, recreation, trade and economy.

ii.Fisheries satisfy the food requirements of the growing populations and support food security.

i.The Committee on Fisheries of the Food and Agriculture Organization(FAO) of the United Nations worked out a Code of Conduct for Responsible Fisheries and the international plans of action to standardise the responsible practises to conserve and preserve the fisheries.

ii.According to the UN Food and Agriculture Organization (FAO) illegal, unreported and unregulated fishing activities are responsible for the loss of 11–26 million tonnes of fish each year, which is estimated to have an economic value of US$10–23 billion.

iii.To curtail this impact, Target 4 of Goal 14 of the Sustainable Development Agenda adopted in 2015 by the UN General Assembly, specifically urges the international community to “effectively regulate harvesting and end overfishing, illegal, unreported and unregulated fishing and destructive fishing practices” by 2020.

iv.The UN urges the member states to impose jurisdiction and control the vessels with their flags and monitor the activities of their fisheries management organisations.