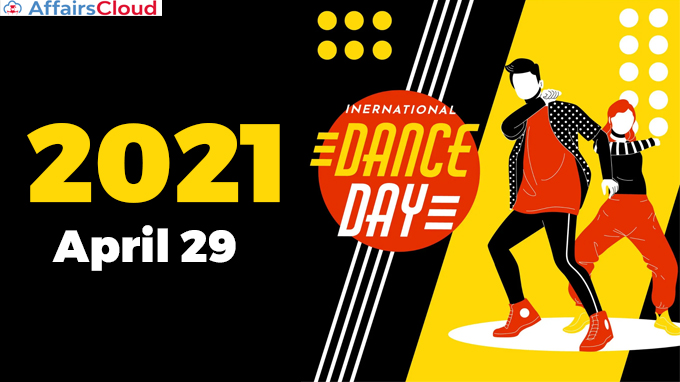 The International Dance Day is annually celebrated across the world on 29th April the birth anniversary of Jean-Georges Noverre, the creator of modern ballet.

The day aims to celebrate dance and its universality which unites the people across different political, cultural and ethnic backgrounds.

i.International Dance Day 2021 is celebrated as a virtual event that features dance performances from the ITI centres and other members.

ii.Friedemann Vogel, a German ballet dancer, was chosen as the Message author of the International Dance Day 2021.

iii.Every year the International Dance Committee(IDC) of ITI and the Executive Council of ITI selects the author of the message.

ITI was created by the initiative of Sir Julian Huxley, the first Director-General of UNESCO and JB Priestly, playwright and novelist.