International Chernobyl Disaster Remembrance Day is observed on April 26 every year. The day remembers the explosion at the No.4 reactor in the Chernobyl Nuclear Power Plant near the city of Pripyat in the north of Soviet Ukraine, in 1986 which spread a radioactive cloud over large parts of the Soviet Union Federation. This year marks the 34th anniversary of the Chernobyl disaster. 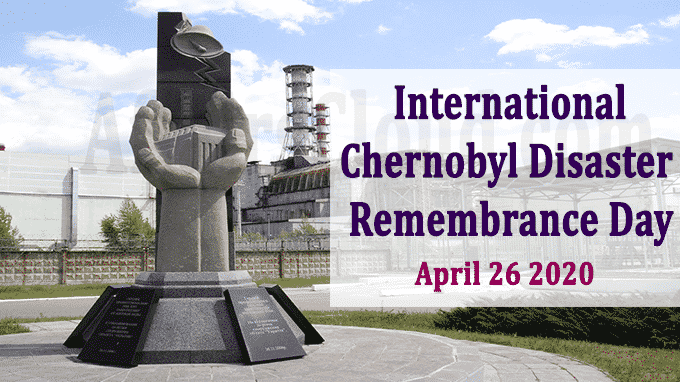 i.Nearly 8.4 million people in the Belarus, Ukraine and Russia countries were exposed to the radiation. The level of radiation was similar to Hiroshima atomic bombs in the year 1945.

iii.The Soviet Government acknowledged the need for international assistance in 1990 and the same year the General Assembly adopted a resolution 45/190, calling for “international cooperation to address and mitigate the consequences at the Chernobyl nuclear power plant” for the recovery of Chernobyl.

iv.An Inter-Agency Task Force was established to coordinate the Chernobyl co-operation and in 1991 the UN created the Chernobyl Trust Fund- currently under the management of the Office for the Coordination of Humanitarian Affairs (OCHA).

v.To provide support to international, national and public programmes targeted at the sustainable development of these territories, in 2009 the UN launched the International Chernobyl Research and Information Network (ICRIN).

vi.Recent Developments: The completion of the placement of the new safe confinement over the old shelter was a major milestone achieved in 2019, with € 2.2 billion provided by over 45 donor nations through funds managed by the European Bank for Reconstruction and Development (EBRD).

vii.The new safe confinement was handed over to the Government of Ukraine on 10 July 2019. The scope of the project in terms of international cooperation is one of the largest ever seen in the field of nuclear safety.

Note : General Assembly established the UN Atomic Energy Commission to deal with the problems raised by the discovery of atomic energy and addressed by United States President Dwight D. Eisenhower in 1953, “Atoms for Peace”, led to the establishment in 1957 of the International Atomic Energy Agency (IAEA).