The International Anti-Corruption Day is observed annually on December 9, under the United Nations(UN) resolution (A/RES/58/4). On 31 October 2003, the UN General Assembly(UNGA) adopted the UN Convention against corruption and requested to designate the UN Office on Drugs and Crime (UNODC) as secretariat for the Convention’s Conference of States Parties. The day was selected to be observed, in order to create awareness on corruption and combating and preventing corruption. 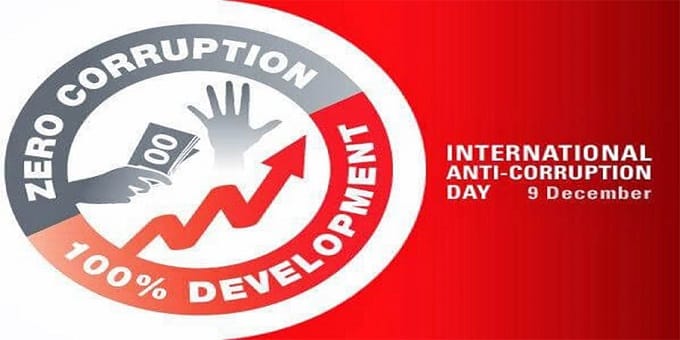 Theme: The theme for the year 2019 is “United Against Corruption”.

i.The day has been observed since 2005, the year at which the convention came into force.

ii.The United Nations Development Programme(UNDP) and the UNODC are at the forefront of preventing corruption around the world.

iii.As per UN, annually $1 trillion is paid as bribes, where an estimated $2.6 trillion are stolen annually through corruption. This stolen amount is a sum equivalent to more than 5% of the global Gross Domestic Product(GDP).

iv.Corruption: Corruption is a form of dishonesty or criminal activity undertaken by a person or organization entrusted with a position of authority, often to acquire illicit benefit, or, abuse of entrusted power for private gain.