India’s indigenously developed Prithvi-II missile had been successfully test-fired from the Chandipur, Odisha. 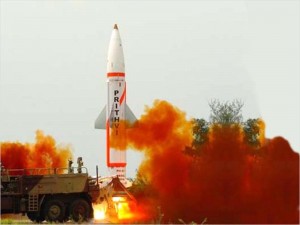