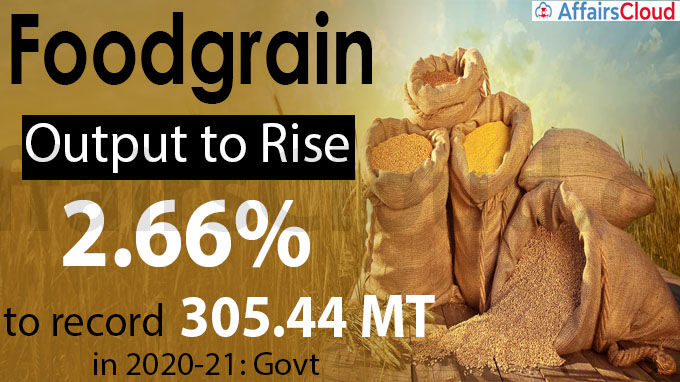 The Department of Agriculture, Cooperation and Farmers Welfare (DAC & FW) has released the 3rd Advance Estimates of production of major agricultural crops for 2020-21. According to the estimates, the total foodgrain production in India is estimated to rise by 2.66% to a record 305.44 Million Tonnes (MT)  in 2020-21 (compared to 2019).

As per 3rd Advance Estimates, the estimated production of major crops during 2020-21 are as under

The full estimates can be accessed here