As per data compiled by Institute for Criminal Policy Research, India has a significantly lower imprisonment rate and Indians are thereby the least criminal among world’s major economies. 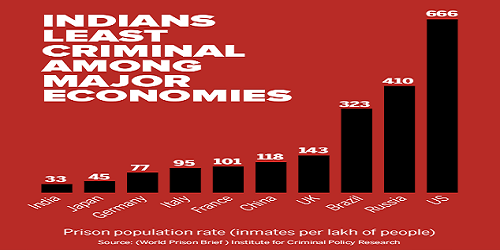 Imprisonment Rate across the World:

With imprisonment rate of 33, India seems to be better off than all major economies of the world.