We are here for you to provide the important current affairs March 24 2018 which have unique updates of all daily events from all newspapers such as The Hindu, The Economic Times, PIB, Times of India, India Today, Indian Express, Business Standard, all Government official websites. Our complete current affairs helps you to get more marks in Banking, insurance, UPSC, SSC, CLAT, Railway and all other competitive Exams. ISRO postpones launch of Chandrayaan-2 mission
Indian Space Research Organisation (ISRO) has announced that launch of India’s second lunar mission ‘Chandrayaan-2’, which was to be launched in April 2018, has been postponed to October 2018. Chandrayaan-2 mission postponed:
i. The mission has been postponed as experts have suggested some additional tests before the launch.
ii .Chandrayaan-2 is a totally indigenous mission, under which, ISRO will for the first time attempt to land a rover on the moon’s south pole.
iii. Estimated cost of ‘Chandrayaan-2’ mission is Rs. 800 crore.
iv. Objective of this mission is to collect scientific information on lunar topography, elemental abundance, mineralogy, lunar exosphere and signatures of hydroxyl and water-ice.
v. India’s first lunar mission Chandrayaan-1 was launched by ISRO in 2008.
Quick Facts about ISRO:
♦ Established in – 1969
♦ Headquarters – Bengaluru, Karnataka
♦ Current Chairman – Dr. K. Sivan

Installation of Digital Automatic Speed Gun Cameras in Chandigarh:
i. The cameras will record the speed of the oncoming vehicles in its vision area and issue chalan to anyone driving above the stipulated city speed limit.
ii. The chalan along with image of over speeding will be sent to vehicle owner’s residential address.
iii. The cameras are equipped with night vision technology and can even function during night.
iv. Currently, Digital Automatic Speed Gun Cameras have been installed only on Chandigarh’s Jan Marg on trial basis. Once the trial is successful, it would be installed across the city.

Odisha inks MoU with British Council for cooperation in several areas
On March 23, 2018, Odisha State Government signed a memorandum of understanding (MoU) with the British Council for cooperation and collaboration in several areas including education, skills and culture.
Details about Odisha-British Council MoU:
i. The MoU was signed in presence of Odisha Chief Minister, Naveen Patnaik and British High Commissioner in India, Dominic Asquith.
ii. As per the terms of the MoU, British Council will support Odisha State governments “Mo School” (My School) initiative by contributing to the development of English language skills for learners and teachers.
iii. Besides, Odisha State Government and British Council will collaborate in a number of fields including investment promotion, cultural exchange and sports.
iv. In context of this news, it is important to note that British Council has completed 70 years of presence in India.
Quick Facts about Odisha:
♦ Capital – Bhubaneswar
♦ Current Governor – Satya Pal Malik
♦ Current Chief Minister – Naveen Patnaik
♦ Important National Park – Bhitarkanika National Park Centre clears plans for IAF base close to Pakistan border in Gujarat
On March 21, 2018, Cabinet Committee on Security (CCS) headed by Prime Minister Narendra Modi approved Indian Air Force (IAF) plan to set up a forward fighter base close to Deesa in Banaskantha district of Gujarat.
IAF Base in Deesa, Gujarat:
i. IAF’s proposal is to form a forward fighter base by converting the small Deesa airport with a 1000-metre runway, which was used for helicopter landings and VVIP movements.
ii. CCS has sanctioned Rs. 1000 crore for setting up this base, which would include extending the runway and building necessary administrative facilities.
iii. Once operational, this strategic base will plug the critical air defence gap between the Barmer (in Rajasthan) and Bhuj air bases and will thereby enhance IAF’s ability to respond swiftly in case of any hostilities in India’s western skies.
iv. This base at Deesa will be the ninth base under Gandhinagar-headquartered South Western Air Command (SWAC) which covers Gujarat, Maharashtra and Rajasthan.
Quick Facts about Gujarat:
♦ Capital – Gandhinagar
♦ Current Governor – Om Prakash Kohli
♦ Current Chief Minister – Vijay Rupani
♦ Important National Park – Gir National Park

India among 20 nations to pledge USD 100 mn to Palestine Refugee Agency
India is among 20 nations that have pledged additional contribution to the United Nations Relief and Works Agency for Palestine Refugees in the Near East (UNRWA).
India’s contribution to UNRWA:
i. At the Extraordinary Ministerial Conference held in Rome, Italy on March 15, 2018, 20 nations together pledged nearly USD 100 million  for the cause.
ii. Qatar Pledged the highest additional contribution of USD 50 million while India pledged USD 5 million.
iii. UN Secretary-General Antonio Guterres expressed gratitude to the 20 nations who pledged USD 100 million for Palestinian refugees and thereby helped to cover the shortfall in donations from the United States.
iv.The shortfall was created as, Donald Trump Administration in US, announced to indefinitely withhold USD 65 million dollars contribution to UNRWA.
Quick Facts about UNRWA:
♦ Created in – 1949
♦ Supports – More than 5 million registered Palestinian refugees
♦ Parent Organisation – United Nations 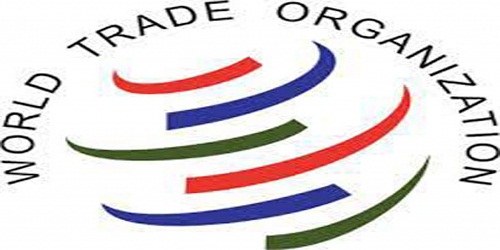 US challenges China at WTO:
i. US has alleged that China is denying foreign patent holders (including US companies), basic patent rights that prevent Chinese entity from using the technology after a licensing contract ends.
ii. US has also accused China of violating WTO norms by imposing discriminatory contract terms against imported foreign technology.
iii. Based on these issues, US believes that China is giving unfair treatment to US companies and innovators trying to do business in China
iv. In context of this news, it is important to note that on March 22, 2018, Trump Administration in US slapped USD 60 billion imports tariff on China as a retaliatory action against the alleged theft of American intellectual property.
Quick Facts about World Trade Organisation (WTO):
♦ Formed in – 1995
♦ Task – Regulation of International Trade
♦ Headquarters – Geneva, Switzerland
♦ Current Director General – Robert Azevedo i. This decision is aimed at controlling the prevailing hyperinflationary situation across Venezuela which witnessed 6147 percent price rise in last 12 months.
ii. Situation has worsened to such an extent that common people in Venezuela are struggling to pay for food and find medicines.
iii. Currently, a dozen eggs can cost 250,000 bolívars in Venezuela. As per Mr. Maduro’s plan of eliminating three zeros, this price will come down to 250 bolivars.
iv. Some economist believe that this decision of eliminating zeros from the currency will not result in to desired outcomes as it does not change the underlying value of bolivar.
v. To implement this decision, Maduro has decided to take out of circulation the current bills and put into circulation new bills, wherein highest denomination currency note will be of 500 bolivars.
Quick Facts about Venezuela:
♦ Capital – Caracas
♦ Currency – Bolivar fuerte
♦ Current President – Nicolas Maduro
♦ Important Rivers – Orinoco, Caroni 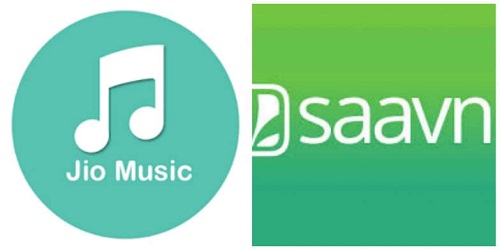 JioMusic merges with Saavn:
i. The combined entity is valued at more than $1 billion. JioMusic’s valuation amounts to $670 million.
ii. RIL said that, it will invest up to the rupee equivalent of $100 million in the combined entity. Out of this, rupee equivalent of $20 million will be invested for growth and expansion of the platform.
iii. The company will continue as an over-the-top (OTT) media platform. It will be available for download in all app stores.
iv. RIL will also acquire a partial stake from the existing shareholders of Saavn for $104 million.
v. The co-founders of Saavn: Rishi Malhotra, Paramdeep Singh and Vinodh Bhat will continue in their leadership roles.
About Reliance Industries (RIL):
♦ Chairman & Managing Director – Mukesh D. Ambani
♦ Founder – Dhirubhai Ambani 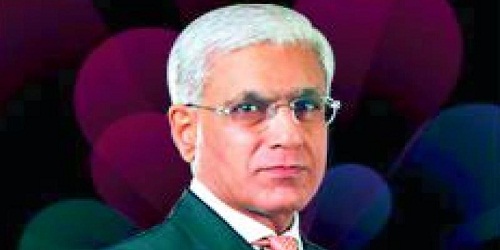 G.K. Reddy award for journalist Karan Thapar:
i. Karan Thapar is a senior journalist and television presenter. He has been awarded the G.K. Reddy Memorial National Award for 2017 for his contribution to journalism.
ii. The function was organised by T Subbarami Reddy, the founder of G K Reddy Memorial Award and TSR Foundation. He is also a Rajya Sabha member from Congress.
About Press Trust of India (PTI):
♦ Head Office – New Delhi
♦ Chairman – Mr Viveck Goenka

Bengaluru airport wins best award in regional category
On 21st March 2018, the Kempegowda International Airport was presented the Skytrax award for being voted as the best regional airport in India and Central Asia by air travelers, at the World Airport Awards at Stockholm in Sweden. 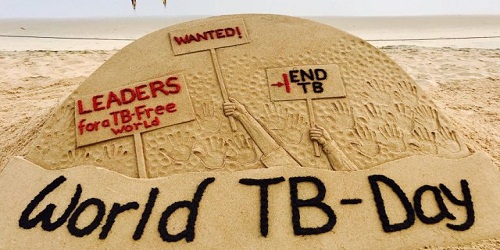 World TB Day:
i. When and Why: Every year the World TB Day is observed on 24th March. This day aims to create public awareness on the health, social and economic consequences of tuberculosis (TB). It works on increasing the efforts to end TB.
ii. On 24th March 1882, Dr. Robert Koch declared that he had discovered the bacterium that causes TB. Hence 24 March is observed as World TB Day.
iii. Theme: The theme for World TB Day 2018 is: “Wanted: Leaders for a TB-free world”.
iv. At an event conducted in New Delhi on the World TB Day, Health Secretary Preeti Sudan released the TB INDIA 2018 Report and National Drug Resistance Survey Report.
vii. She also launched the NikshayAushadi Portal and shorter regimen for Drug Resistant TB.
About Indian Medical Association (IMA):
♦ Headquarters – New Delhi
♦ National President – Dr. Ravi Wankhedkar 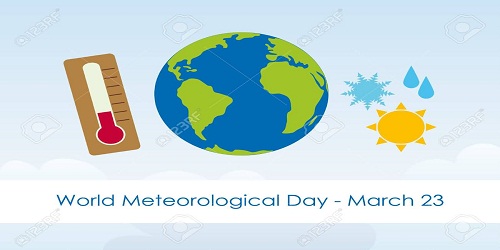