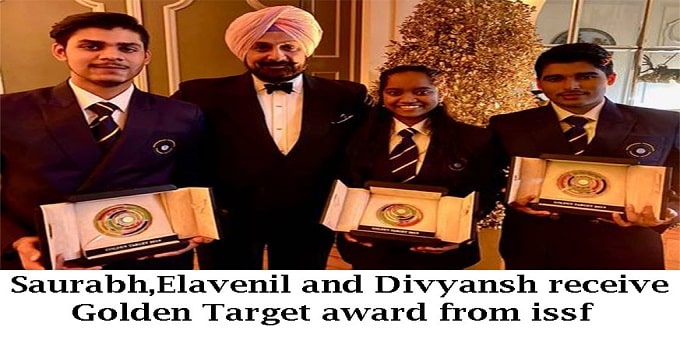 ii.Divyansh Singh Panwar, (17) won a silver medal in 10m Air rifle in the ISSF World Cup 2019, and has been qualified to represent India in the 2020 Summer Olympics to be held in Tokyo.

v.India has received three of the 12 awards of Golden Target Awards, while China and the United States (US) have won two each.