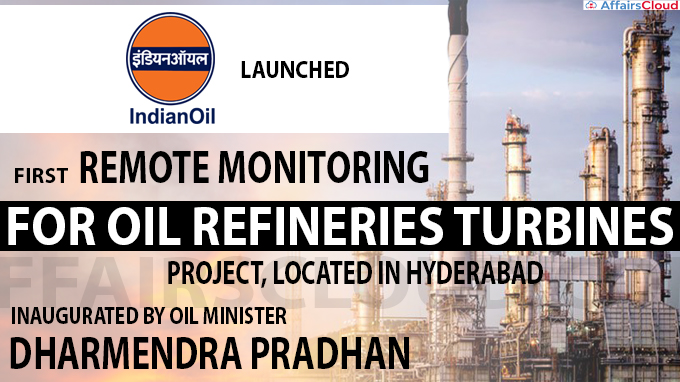 The technology behind the Monitoring system is called ‘Proactive Predictive Analytics based Automated Anomaly Detection’, it was developed by GE, BHEL & IndianOil.

ii.Operational Data coming from 27 Gas Turbines of 8 Indian Oil refineries across India would be analysed 24*7 at the Remote Monitoring Center at Hyderabad.

iii.The monitoring system was originally proposed to operate from GE’s Atlanta Analytical Centre in America, however due to India’s Data Residency Clause & National Cyber Security Guidelines it was decided to operate from Hyderabad.

i.On November 20, 2020, the Indian Oil Corporation Ltd (IOCL), through its company statement, has notified that it successfully conducted a ‘Proof of Concept’ feasibility study on ‘zero-emission electric mobility’ at one of its fuel stations in Bengaluru, Karnataka.