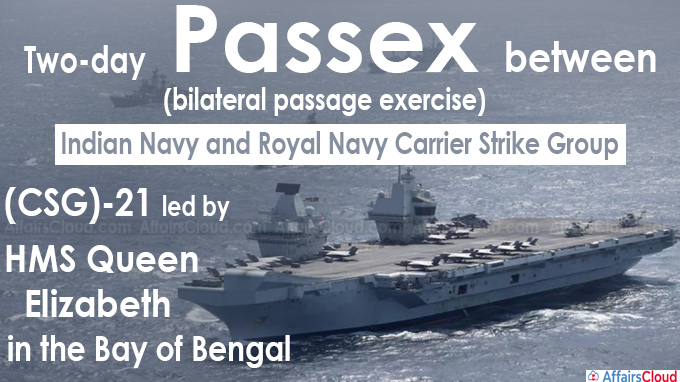 Indian Navy (IN) participated in a Bilateral Passage Exercise (PASSEX) with United Kingdom’s (UK) Royal Navy in Bay of Bengal from July 21-22, 2021.  The Maritime Exercise aimed at sharpening the ability of two navies to operate together in the maritime domain.

ii.In the recent years, there have been regular interactions between the Indian Navy & Royal Navy. This has helped in enhancing the interoperability and adaptability between the two navies.

iii.The presence of the Royal Navy’s CSG in Indian Ocean has help in professional exchanges between the two nations.