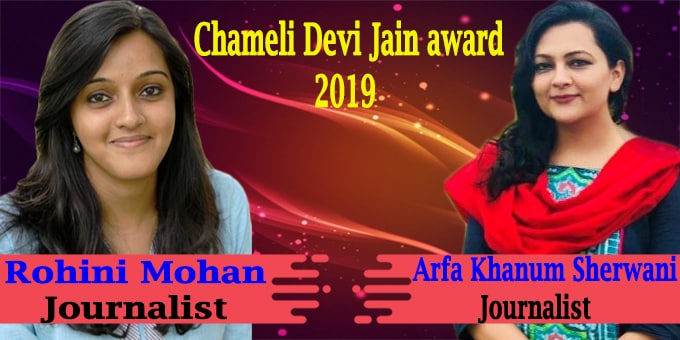 i.Award contribution: The annual award recognises social concern, dedication, courage and compassion all over India from the print, broadcast and online media category.

ii.Arfa Khanum Sherwani: She was selected for her reporting from conflict situations in Kashmir and Uttar Pradesh (UP).

iv.Rukmani S: She deserves special recognition for pushing the boundaries of data journalism in India.