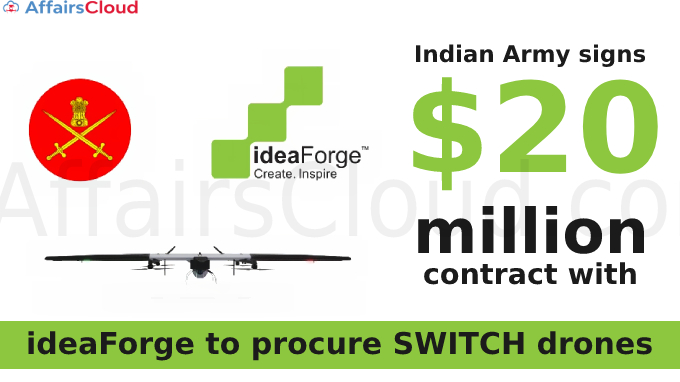 i.SWITCH is a Fixed-Wing-Vertical Take-off and Landing (VTOL) UAV and is capable of being deployed at high altitude and harsh environments.

ii.With this deal, ideaForge is slated to become the largest manufacturer of India of drones for homeland security, defence & industrial applications.

i.On August 31, 2020, the Acquisition Wing of the Ministry of Defence (MoD) signed contracts with Bharat Earth Movers Ltd. (BEML), Tata Power Company Ltd. (TPCL) and Larsen & Toubro (L&T) for supply of Six Pinaka Regiments to the Regiment of Artillery of the Indian Army at an approximate cost of Rs. 2580 Crores.