On May 5, 2020, United States President Donald Trump nominated Indian-American lawyer Ashok Michael Pinto as a representative to the International Bank for Reconstruction and Development (IBRD), the World Bank’s lending arm. He was nominated as US Alternate Executive Director of IBRD for a period of 2 years. 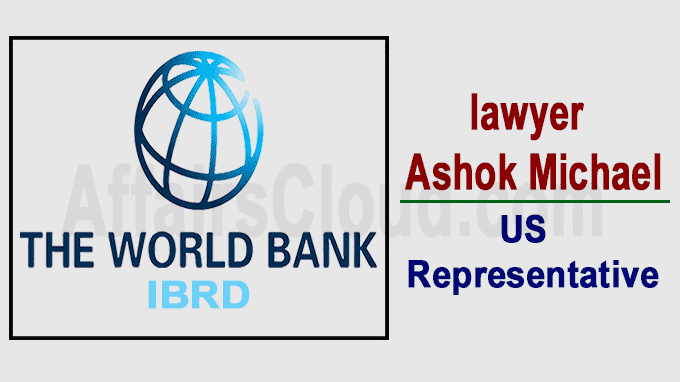 i.If confirmed by the Senate (the upper assembly of the US), he will be the successor of Erik Bethel, who resigned from the post.

ii.About Pinto: Pinto currently serves as Counsellor to the Under Secretary for International Affairs at the United States (US) Department of the Treasury.

iii.He completed his BA (Bachelor of Arts) from Stanford University and a Juris Doctor from the University of Illinois College of Law, He served as a Counsellor to General Counsel at Treasury.

v.Pinto served as a special Assistant and Associate Counsel to former president George W Bush during private practice at two international law firms. He was also a law clerk to Judge F A Little, Jr. of the United State District Court for the Western District of Louisiana.

About World Bank:
The World Bank is an international financial institution that provides loans and grants to the governments of poorer countries for the purpose of pursuing capital projects. It comprises two institutions: the International Bank for Reconstruction and Development (IBRD) and the International Development Association (IDA).
Headquarters– Washington D.C., US.
President– David Robert Malpass.
Motto– Working for a World Free of Poverty.