An Indian-American journalist Neela Banerjee was awarded by US President Barack Obama and the First Lady Michelle and her colleagues were awarded with a prestigious award during the annual White House Correspondents carnival. 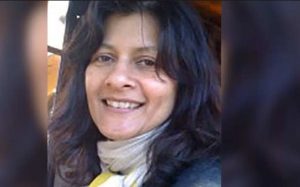 ii. Contributions by Neela Banerjee and her Collegues:

Among the judges for journalism awards included

Indian American Indira Somani, an Assistant Professor of Journalism at the School of Communications, Howard University in Washington, DC