India ranks fifth position in the exports of Fake goods globally, while china is No.1 in the list with a huge 63 % share in the estimated half-a-trillion dollar worldwide imports of forged and pirated goods.

Ranking of Countries affected by global Trade in fake foods 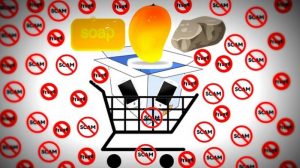 Value of imported fake goods worldwide at USD 461 billion in 2013, compared with total imports in world trade of USD 17.9 trillion

Postal parcels are the top method of shipping forged goods, accounting for 62% of seizures, reflecting the growing importance of online commerce in international trade