On November 26, 2019 India and Vietnam signed a Memorandum of Understanding(MoU) for cooperation in the field of education and scientific research. The MoU was signed following a meeting between Indian Defence Minister Rajnath Singh and Vietnam People’s Army’s (VPA) Chief of the General Staff General Phan Van Giang. The signing was done on Van Giang’s 5-day official visit to India from November 24-28, 2019. 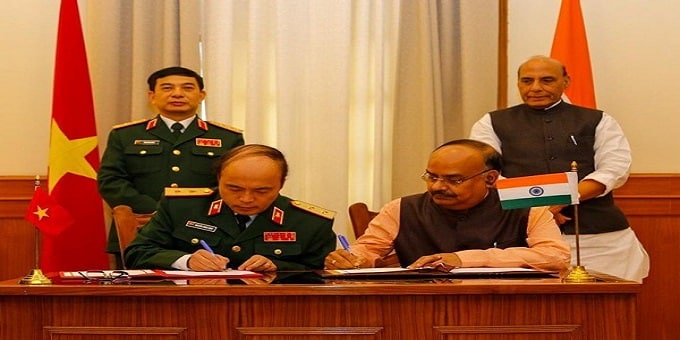 i.MoU signing: MoU was signed by CP Ramnarayan, the Vice-Chancellor of Defence Institute of Advanced Technology (DIAT) and Lt General Nguyen Cong Dinh, the President of Vietnam’s Military Technical Academy. The signing was witnessed by defence minister of India and Vietnam’s Chief of the General Staff.

iv.Other recent MoU by defence ministry: The other recent Mous signed by India with other countries are as follows: