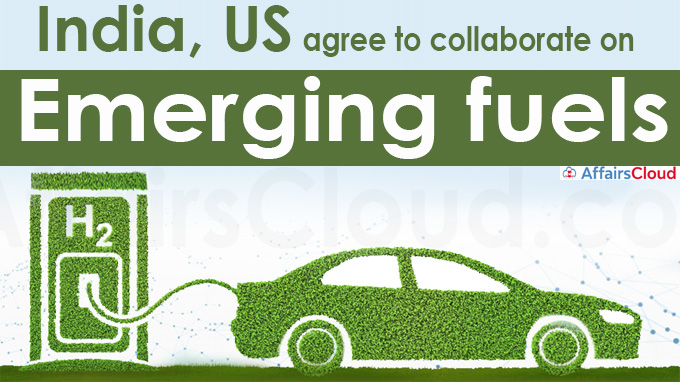 The Ministerial meeting of the United States (US)-India Strategic Clean Energy Partnership (SCEP) 2021 held virtually was co-chaired by Union Minister Hardeep Singh Puri , Ministry of Petroleum and Natural Gas with the US Secretary of Energy Jennifer Granholm to launch the revamped U.S.-India SCEP.

i.A India-US Task Force on Biofuels will be set up to look after cooperation in the biofuels sector.

ii.The Gas Task Force will be rechristened to India-US Low Emissions Gas Task Force, which will continue to forge collaboration between the US and Indian companies to support India’s vision of a gas-based economy.

iii.There will be strengthening of the electric grid in India including through smart grids, energy storage, flexible resources, and distributed energy resources as part of the second phase of the Partnership to Advance Clean Energy (PACE)-R initiative anchored on the Indian side by the Department of Science & Technology.

iv.Both sides have initiated institutionalisation of India Energy Modeling Forum with the constitution of Six Task Forces for carrying out research and modelling in different areas.

v.Joint Committees have been set up to deliberate on Energy Data Management, Low Carbon Technologies and Just Transition in the Coal Sector.

ii.It should be noted that the SCEP was launched on the lines of the U.S.-India Climate and Clean Energy Agenda 2030 Partnership announced by Prime Minister Narendra Modi and President Joe Biden at the Leaders’ Summit on Climate held in April 2021.

As per the 70th edition of BP’s report named ‘Statistical Review of World Energy 2021’, the United States (US) became the 4th largest supplier of crude oil and natural gas to India in 2020.

About United States of America (USA):