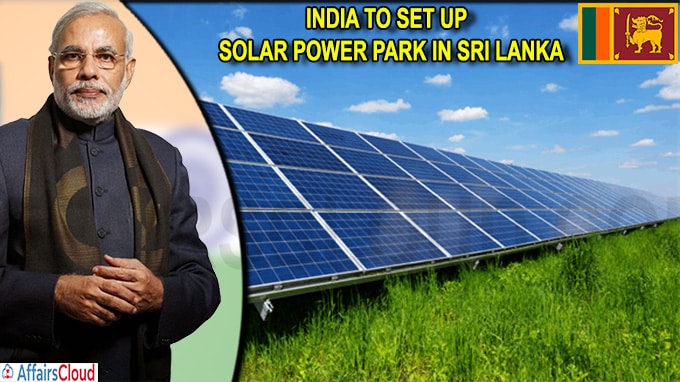 Under the aegis of International Solar Alliance(ISA) NTPC Ltd, Largest power generation utility of India plans to establish solar power plants in Sri Lanka as a part of the strategy to exhibit the presence of India in the Indian Ocean Region (IOR) amid China’s attempt to attract nations into the “Belt and Road” initiative.

i.The Ceylon Electricity Board(CEB) has an installed power generation capacity of around 35.8 GigaWatts(GW).

ii.The NTPC’s Sri Lanka Solar park with installed capacity of 62.91 GW is one of the contracts to help the ISA member countries to build a 10 GW solar capacity.

China is one of the biggest investors in various infrastructure projects of Sri Lanka.

ii.The Republic of Mali awarded the Project Management Consultancy (PMC) contract for the development of a 500 MW solar park in Mali to NTPC Limited.