India has ranked 108th out of 144 countries on Global Gender Gap Index 2017 released by World Economic Forum (WEF). This year’s rank marks a drop by 21 places as compared to previous year’s ranking.

India has performed poorly on three out of the four main dimensions. In Economic Participation and Opportunity India ranked 139th, in Educational Attainment it ranked 112th. 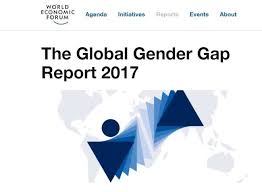