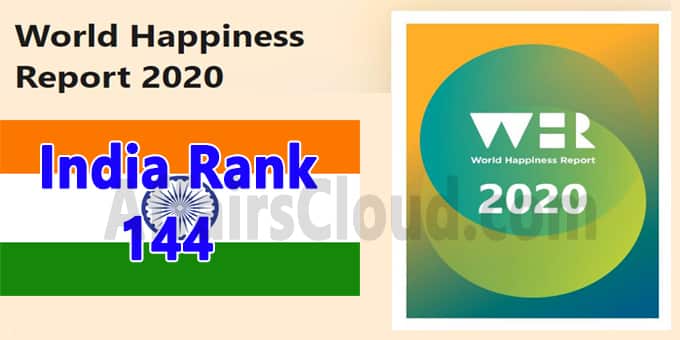 v.This is the 1st time the report ranks cities around the world, where Delhi- India (4.011) is positioned in 180th position which is among 10 least happiest cities ,Helsinki-Finland (7.828) tops the report were, Kabul -Afghanistan (3.236) is at the bottom place with 186th position.