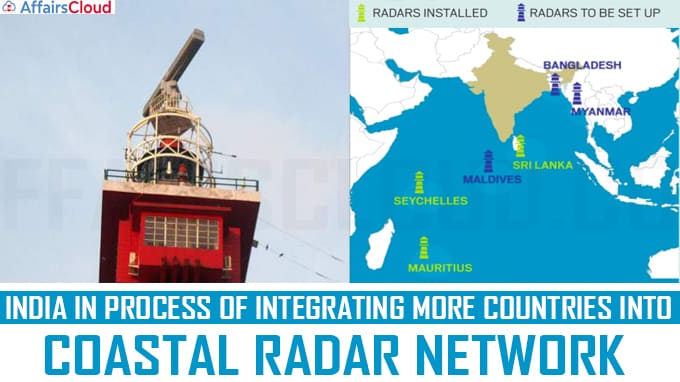 India is planning to set up Coastal Radar Stations in Maldives, Myanmar & Bangladesh as part of its plan to expand the area under Coastal Surveillance Network (CSN). An expanded CSN will help in Real time monitoring of the high seas for threats & Expanding India’s assistance for capacity building to Indian Ocean littoral (places close to shore) states.

India has already integrated Mauritius, Seychelles & Sri Lanka into its CSN, and discussions are being held to bring Bangladesh & Thailand into the network.

ii.As part of the efforts to boost CSN,

i.The IFC-IOR Centre was set up in IMAC in 2018 as a regional information coordination body.