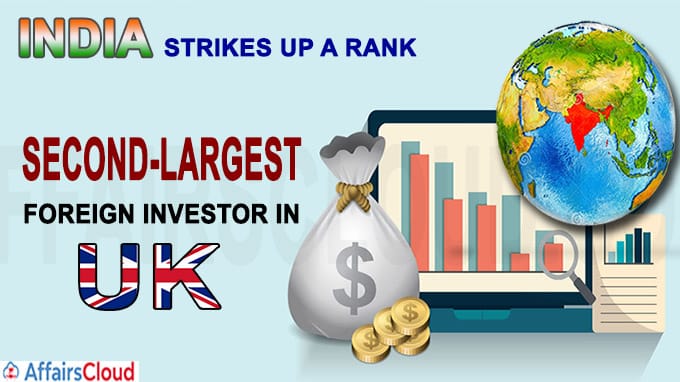 According to the United Kingdom’s Department for International Trade (DIT) inward investment statistics for 2019-2020, India has become the second largest Foreign Direct Investor in the United Kingdom (UK) after the United States in 2019, by investing in 120 projects and creating 5,429 new jobs in the UK.In the previous year(2018), India was ranked as the 3rd largest Foreign Direct Investor of UK.