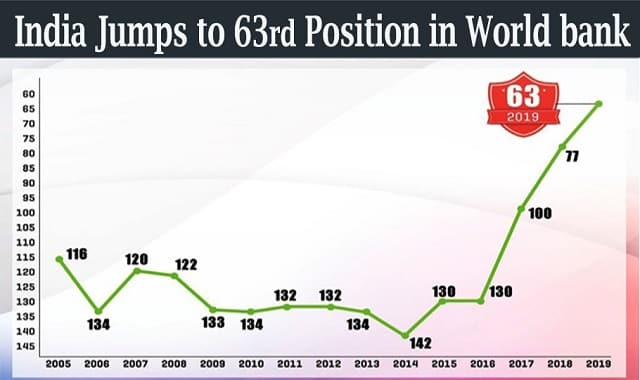 Key points:
i. The report captures 294 regulatory reforms implemented from May 2018 -May 2019 & India has improved in 6 of the 10 parameters used for ranking, including starting a business, dealing with construction permits, trading across borders, resolving insolvency, paying taxes and getting electricity.
ii. The central Government had set the target for India to break into the top 50 ranking for 2019, but that was missed.
iii. India has also joined the top-10 reforming countries in terms of economy for the third consecutive year.
Here’s the list of top 5 Countries in Ease of Doing Business Rankings 2020: