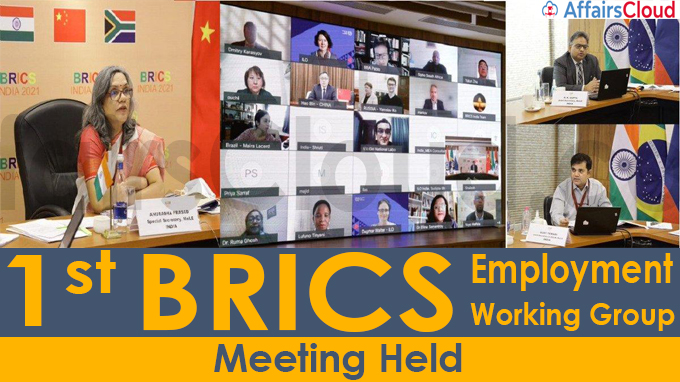 The 1st BRICS Employment Working Group (EWG) Meeting in virtual format was held on 11th – 12th May 2021 in Sushma Swaraj Bhawan, New Delhi. The Meeting was hosted by India, which assumed the BRICS Presidency in 2021.

The meeting was chaired by Apurva Chandra, Secretary, Labour and Employment.

i.The member of BRICS, ILO and ISSA discussed their initiatives and best practices along with their concerns and challenges.

The SSA will support the international workers to send their benefits to their home countries and prevent their loss.

The 2021 theme of the BRICS is “[email protected]: Intra BRICS Cooperation for Continuity, Consolidation, and Consensus”.