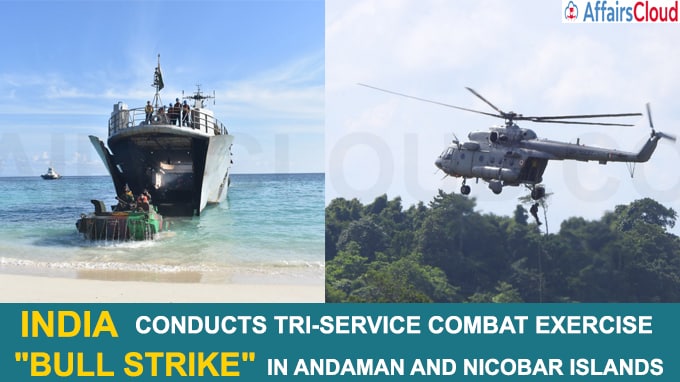 iii.Ground based manoeuvres, tactics and procedures for joint operations were also rehearsed.

iv.Search and rescue (SAR) and medical evacuation procedures were also practised by the participating troops.

v.The practices in the Strategically-located Nicobar group of island assumes significance as it will be effective in countering Chinese moves in the Indian Ocean Region.

ANC was established as India’s first theatre command in October 2001.

i.On 17th July 2020, Indian Navy conducted major Naval exercises in the Andaman and Nicobar Islands led by Sanjay Vatsayan, Chief Rear Admiral of Eastern naval fleet as a display of strategic intents against China amid the current military conflicts in the Northeastern borders in Ladakh.