India has announced its INDC (Intended Nationally Determined Contributions) with reference to the UN Framework Convention on Climate Change (UNFCCC) committing to reduce its emissions intensity by 33-35% by 2030. With this India becomes the 147th country to submit and publicizing its INDC to UNFCC among its 196 members.
(Union Environment Minister – Prakash Javadekar) 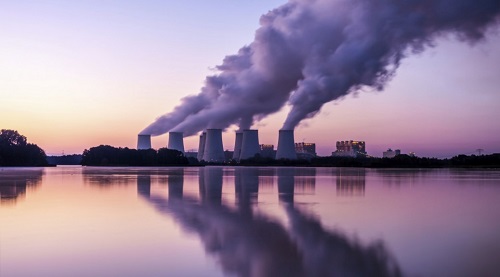 OUTLAY
The estimated outlay required by India to achieve climate change goals is at least $2.5 trillion.

STEPS TO BE TAKEN BY INDIA

After China and US, India is the largest emitter of greenhouse gases with contribution of about7% of greenhouse emissions globally.

WHAT ARE INDCs?
Intended Nationally Determined Contributions (INDCs) are submitted to UNFCC before the summit that combines the United Nations climate agreements which have been publically declare by each member country with an ambition to reduce global greenhouse gas emissions and to keep global temperature below a ceiling of 2 degrees Celsius.