For the 1st time India & France conducted joint patrol from the Reunion Island in February 2020 by P-8I aircraft with French Navy personnel to maintain the security of international maritime routes for trade and communications. 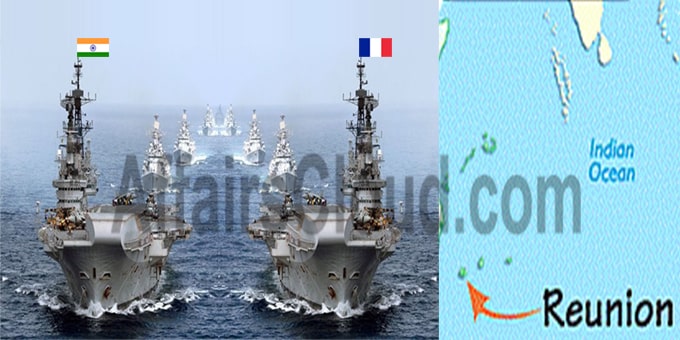 ii.Until now India has carried out CORPAT with maritime neighbours & rejected a similar offer by the United States (US).

Background
During the visit of French Navy Chief Admiral Christophe Prazuck, India and France discussed CORPAT like engagements in November 2019. In October 2019, French President Emmanuel Macron noted that a patrol aircraft from the Indian Navy would be stationed at Le Reunion to participate in monitoring tasks during the first quarter of 2020.

ii.The P-8s Indian variant is referred to as P-8I.

iii.It is not only responsible for coastal patrol but also used for other important tasks such as search and rescue, anti-piracy, and other military support.