As per a report by global consultancy and research firm, Centre for Asia Pacific Aviation (CAPA), India will be world’s third largest aviation market for departures by 2019.

Highlights of report by Centre for Asia Pacific Aviation (CAPA):

Currently, India is the fourth largest aviation market in the world with 131 million passengers per annum (for the year 2016). 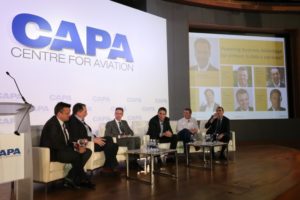