Total financial outlay for Phase 2 is around Rs. 34,000 crore.Under Phase 2, BSNL will roll out optical fibre in eight states that were not covered under the first phase. These eight states are Assam, Haryana, Madhya Pradesh, Rajasthan, Uttar Pradesh, West Bengal, Jammu and Kashmir and Sikkim. 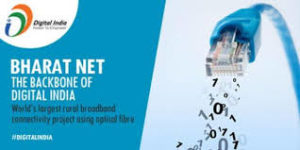