The Independent commission on doping headed by Richard W. Pound has submitted its report to World Anti-Doping Agency (WADA) on 9 November 2015 in Vienna, Switzerland. 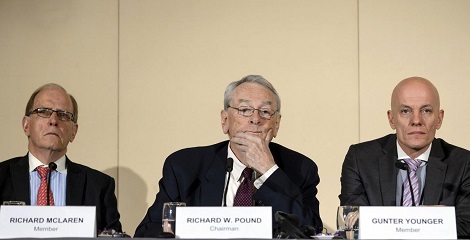 About WADA
WADA is an international independent agency was created to bring consistency in anti-doping policies and regulations by monitoring their implementation within sports organizations and governments worldwide.

India ranks 3rd in WADA doping charts for the year 2015