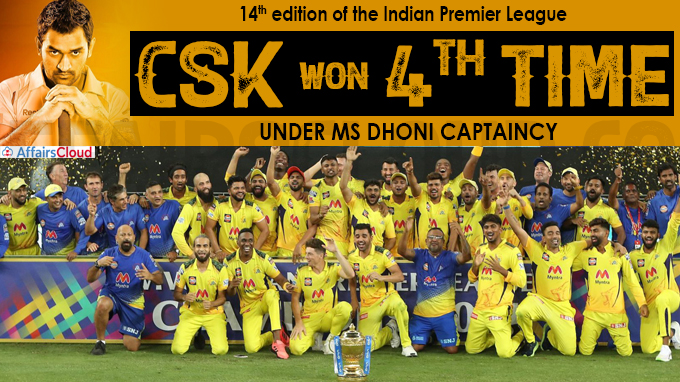 Orange Cap – Ruturaj Gaikwad (CSK) scored a massive 635 runs in 16 matches in the 14th IPL to win the Orange Cap which is given to the most run scorer of the tournament.

Purple Cap – Harshal Patel, from Royal Challengers Bangalore (RCB), won the Purple Cap for picking up the most number of wickets in the current season.

During Match Number 39 in 2021 IPL, that was held between Royal Challengers Bangalore (RCB) and Mumbai Indians (MI), Virat Kohli the captain of RCB became the 1st Indian cricketer to score 10,000 runs in T20 (Twenty-twenty) format.

Rohit Sharma – 1st Player to Score 1,000 runs against One Franchise

About Board of Control for Cricket in India (BCCI):