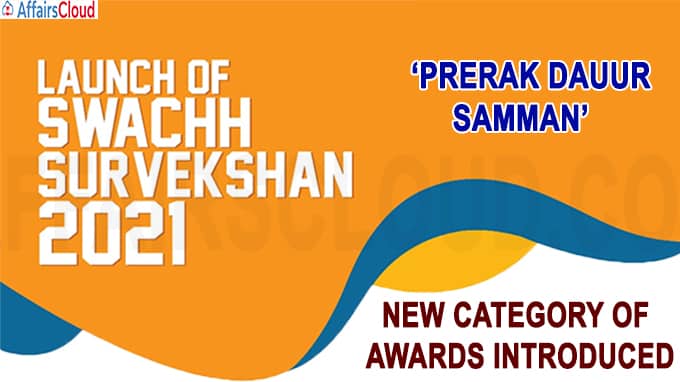 Along with the tool kit, SBM-Urban MIS [Swachh Bharat Mission – Urban  Management information system] portal was launched during the event, which also witnessed the signing of the Engagement and Coordination Arrangement (ECA) between MoHUA and the USAID (United States Agency for International Development) on co-operation in the field of WASH.

The virtual event organized the workshop & Webinar on ‘Segregation at Source: Key to Solid Waste Management’in which webinar was attended by more than 1,000 State and Urban Local Body (ULB) officials and other stakeholders & workshop saw presentations from lighthouse cities namely Navi Mumbai, Surat, Khargone and Karad who showcased their source segregation models along with the release of a report ‘Segregate, Segregate, Segregate’ by the Centre for Science and Environment (CSE).