Once again, the protest against hydrocarbons exploration in Tamil Nadu’s Neduvasal village is grabbing media attention. Following the signing of contract by Government of India with GEM Laboratories on 27th March 2017, the local villagers have intensified their protest which started a few months ago.

Neduvasal Village and the DSF Bid 2016:

Neduvasal is a small yet fertile village of the Cauvery Delta Region located in Pudukkottai district of Tamil Nadu.

People of Neduvasal village are protesting as they fear following harmful side effects from exploration activities in their region: 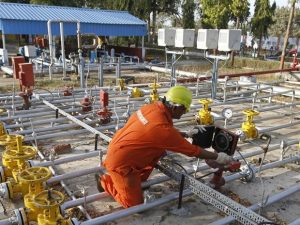 The Central Government has maintained a stance that similar projects are already operating in Tamil Nadu without causing any known problems. Thus, it believes that apprehensions of Neduvasal people are misplaced.

On the brighter side, Ministry also highlighted the ensuing economic benefits from this project. It will not only create 500 direct jobs, but will also earn Rs. 40 crore royalty for Tamil Nadu.